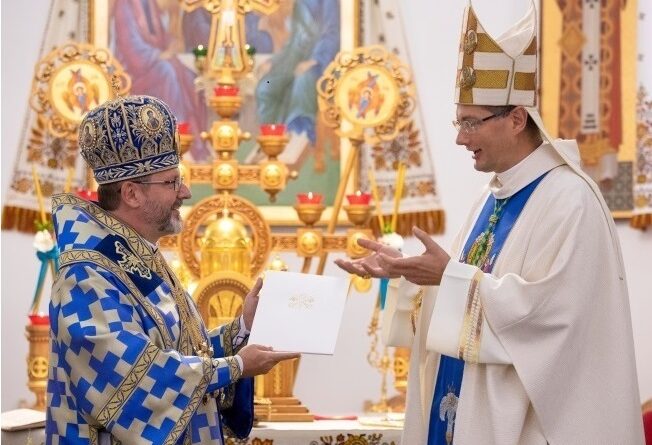 On 21 September 2021, the Apostolic Nuncio in Ukraine, H. E. the Most Rev. Visvaldas Kulbokas has presented the Recommendation Letter by Cardinal Pietro Parolin, Secretary of State of His Holiness Pope Francis, to H. B. Sviatoslav Shevchuk, Major Archbishop of Kyiv-Halyč, after the Divine Liturgy celebrated in the Chapel of the «Three Holy Hierarchs» Major Seminary.

The Head of the Ukrainian Greek-Catholic Church thanked the Apostolic Nuncio for joining the celebration of the Feast of the Nativity of the Blessed Virgin Mary and welcomed him to the Country.

In his turn, the Apostolic Nuncio stressed that his mission as Papal Representative is to facilitate the unity in spirit and action between the Holy Father as Supreme Pontiff and the local Church. Moreover, Archbishop Visvaldas Kulbokas talked to the young seminarians on the mission of a contemporary priest, following the example of the Three Holy Hierarchs.