Diplomatic relations between Ukraine and the Holy See were established on 8 February 1992. 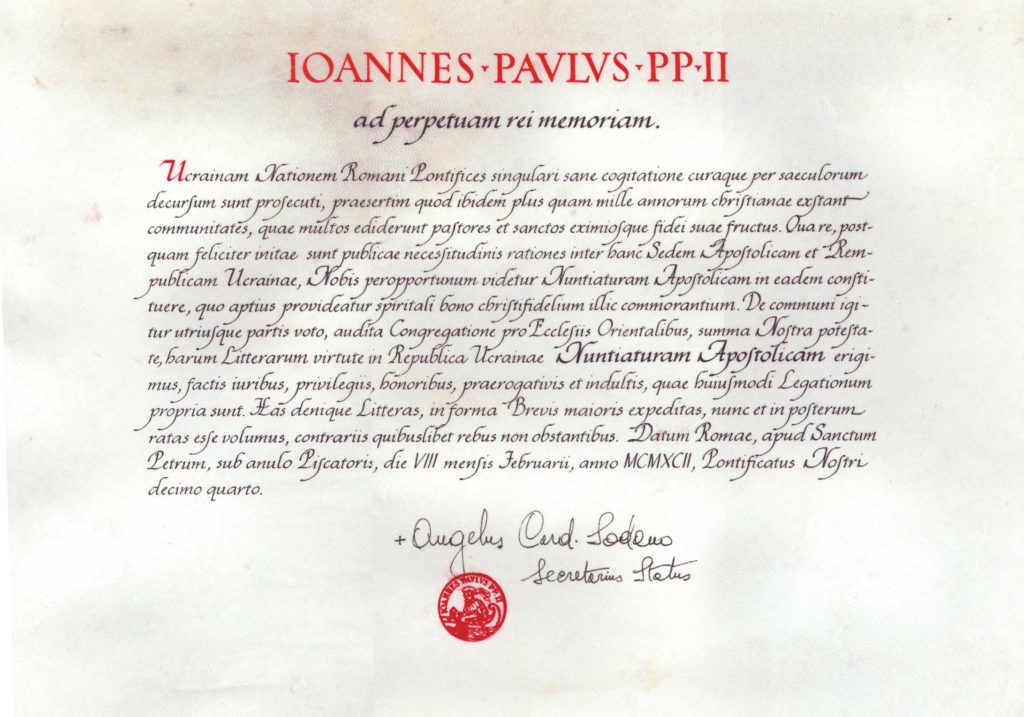 To perpetuate the memory of the matter

For centuries the Roman Pontiffs have treated Ukraine with special care, above all due to the fact that the Christian communities that have existed there for more than a thousand years have given us many priests and saints, which is an exceptional fruit of the faith. Therefore, after the successful establishment of the diplomatic relationship between the Apostolic See and the state of Ukraine, we consider that it is proper to set up an Apostolic Nuncio in order to promote the spiritual good of the faithful of Christ who live in Ukraine. Consequently, by mutual desire, knowing the opinion of the Congregation for the Oriental Churches, of our supreme authority, by the power of this Message, We establish an Apostolic Nunciature in the state of Ukraine, granting it all rights, privileges, honor, prerogatives, and indults that belong to similar Missions. And finally, we wish that the Message, written in the form of a Brief, be confirmed from this day forward, and that no adverse circumstances should hinder it.

This document is made in Rome, in Saint Peter’s, under the seal-ring of Fisherman, on 8 February 1992, in the fourteenth year of Our Pontificate.