The Roman Pontiff has the innate and independent right to appoint, send, transfer, and recall his own legates either to particular churches in various nations or regions or to states and public authorities. (Can. 362)

Regarding relationships with states, the Holy See, while maintaining its spiritual nature, obeys the norms of international law.

These legates represent the Roman Pontiff in the individual churches and states or governments to which they are sent. (Can 362)

Since ancient times, at councils and other significant events the Roman Pontiff was represented by plenipotentiary legates. From the 11th century, this became especially significant when this post was deputed to cardinals who were called “sent from beside the Pope” (Legatus a latere). Since the 16th century, nunciatures are permanent offices lead by a nuncio whose authority is equal to the authority of legates “a latere.”

Today there exist the following categories of Papal Legates:

When the Papal Ambassador at the same time fulfills the function of permanent representative with the head of state and also in relationship with the ecclesiastical hierarchy, he receives the name of Apostolic Nuncio. He has the diplomatic rank of Ambassador and, mainly in Catholic countries, is de iure the dean of the diplomatic corps accredited in the country. The main tasks of an Apostolic Nuncio are listed in canon 365.

Until recent times, the title Pro-Nuncio was used for a Legate who fulfilled all the obligations of the Nuncio but was not first in the diplomatic corps accredited in the country. However, though a distinction was maintained between the two categories, the decision was made to use only the title Apostolic Nuncio.

In cases when a state has not established diplomatic relations with the Holy See, the Roman Hierarch sends his ambassadors who represent him only in the Church and are called Apostolic Delegates. They are not accredited by the state government, but their obligation is “daily to make stronger and more effective the bonds of unity which exist between the Apostolic See and particular churches… for his own jurisdiction.” Their responsibilities are listed in Canon 364.

For representation at international organizations (the UN, UNESCO, the FAO, the Council of Europe, and so on) or at Conferences and Congresses, the Holy See sends its delegates, religious or laity.

For separate special missions, the Pope appoints his Legates “a latere” who represent him as his other “I” (tamquam alter ego). When the Pope chooses a Cardinal from the Roman Curia, he is called Cardinal-Legate. There are other categories of Legates (Missus specialis, Ablegatus Apostolicus, and so on).

In addition to the right to send his own ambassadors to different countries, the Holy See also has the right to receive representatives from foreign countries with permanent or temporary missions. Since the end of the 15th century, a permanent diplomatic corps has existed at the Holy See the. The majority of representatives have the title Extraordinary and Plenipotentiary Ambassador, others – Ambassador, and Ambassador-Councilor, and so on.

CANONS FROM THE CODE OF CANON LAW REGARDING PAPAL LEGATES

The Roman Pontiff has the innate and independent right to appoint, send, transfer, and recall his own legates either to particular churches in various nations or regions or to states and public authorities. The norms of international law are to be observed in what pertains to the mission and recall of legates appointed to states.

The principal function of a pontifical legate is daily to make stronger and more effective the bonds of unity which exist between the Apostolic See and particular churches. Therefore, it pertains to the pontifical legate for his own jurisdiction:

1/ to send information to the Apostolic See concerning the conditions of particular churches and everything that touches the life of the Church and the good of souls;

2/ to assist bishops by action and counsel while leaving intact the exercise of their legitimate power;

3/ to foster close relations with the conference of bishops by offering it assistance in every way;

4/ regarding the nomination of bishops, to transmit or propose to the Apostolic See the names of candidates and to instruct the informational process concerning those to be promoted, according to the norms given by the Apostolic See;

5/ to strive to promote matters which pertain to the peace, progress, and cooperative effort of peoples;

6/ to collaborate with bishops so that suitable relations are fostered between the Catholic Church and other Churches or ecclesial communities, and even non-Christian religions;

7/ in associated action with bishops, to protect those things which pertain to the mission of the Church and the Apostolic See before the leaders of the state;

8/ in addition, to exercise the faculties and to fulfill other mandates which the Apostolic See entrusts to him.

1/ to promote and foster relations between the Apostolic See and the authorities of the state;

2/ to deal with questions which pertain to relations between Church and state and in a special way to deal with the drafting and implementation of concordats and other agreements of this type.

In view of the particular character of the function of a legate:

1/ the seat of a pontifical legation is exempt from the power of governance of the local ordinary unless it is a question of celebrating marriages;

2/ after he has notified in advance the local ordinaries insofar as possible, a pontifical legate is permitted to perform liturgical celebrations in all churches of his legation, even in pontificals.

The function of a pontifical legate does not cease when the Apostolic See becomes vacant unless the pontifical letter establishes otherwise; it does cease, however, when the mandate has been fulfilled, when the legate has been notified of recall, or when the Roman Pontiff accepts the legate’s resignation. 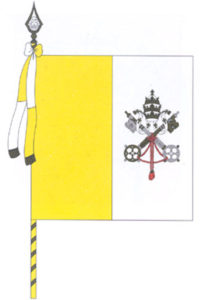 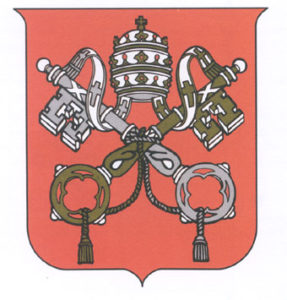 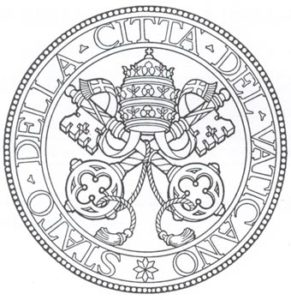