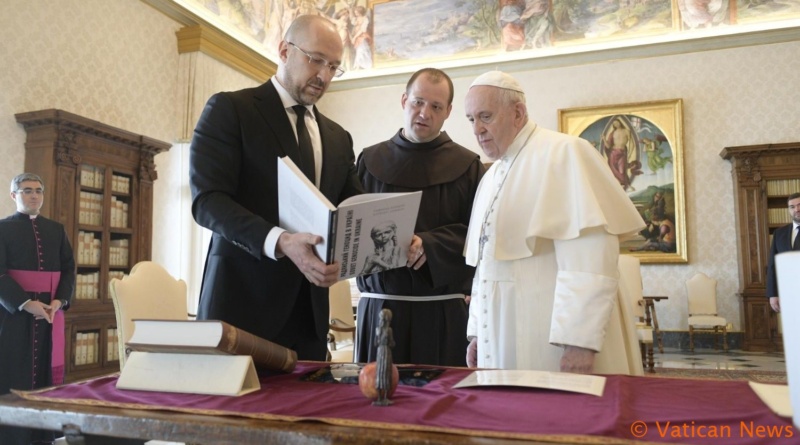 The following is the Communiqué of the Holy See Press Office, regarding the Audience that Pope Francis granted to His Excellency Mr. Denys Shmyhal, Prime Minister of Ukraine, on 25 March 2021:

At the beginning of the cordial discussions at the Secretariat of State, the parties focused on the good relations between the Holy See and Ukraine, with particular attention to some current matters of mutual interest, as well as various themes relating to the life and activity of the Catholic Church in the country.

The parties then discussed extensively the health crisis and the dramatic situation in eastern Ukraine, with the hope that the recent ceasefire violations would give way to gestures promoting a peaceful resolution of the conflict.