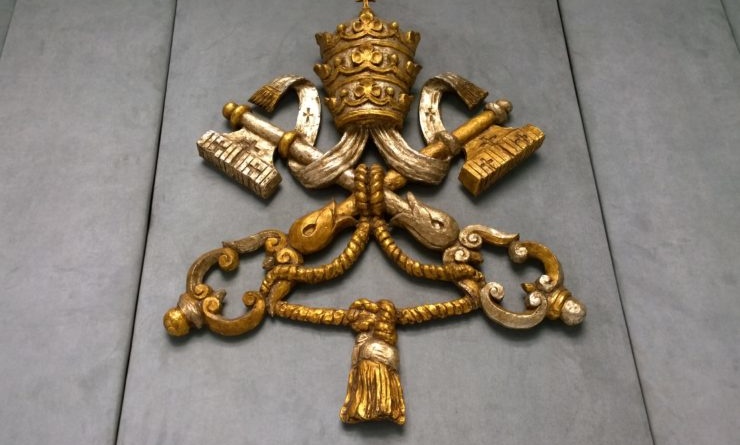 From 14 to 18 November Cardinal Peter K.A. Turkson, Prefect of the Dicastery for Promoting Integral Human Development, and Msgr. Segundo Tejado Muñoz, under secretary, carried out a mission to Ukraine to visit some humanitarian projects carried out on the behest of the Holy Father as part of the “Pope for Ukraine” initiative. Msgr. Claudio Gugerotti, apostolic nuncio in Ukraine, H.E. Msgr. Jan Sobiło, auxiliary bishop of Kharkiv-Zaporizhia, H.E. Msgr. Eduard Kawa, auxiliary bishop of Lviv, Msgr. Joseph Grech, first nunciature secretary, and Dr. Roberto Paglialonga, Official of the Dicastery, participated in the mission.

On 14 to 16 November, Bishop Tejado visited the regions of Donetsk and Kharkiv, which suffered most from the military operations begun in 2014, meeting some of the families who benefited from the installation of heating boilers, and visiting: a centre for the psycho-social recovery of children suffering from post-traumatic disorders, the “Kramatorsk City Hospital”, to which, on this occasion, donations were made of equipment for cardiological examinations; a social centre for the poor and homeless at the Church of the Assumption of Mary in Kharkiv; and a home for single mothers in the suburb of Korotych, the hub of the project activities of the Greek-Catholic Church.

On 17 and 18 November, in the apostolic nunciature, Cardinal Turkson and Msgr. Tejado met representatives of the civil authorities, the diplomatic corps, the episcopates of the Ukrainian Roman Catholic Church and the Ukrainian Greek Catholic Church, took part in a prayer meeting with the Catholic faithful for peace in the country, and celebrated mass in Saint Andrew’s Cathedral in Kiev. Finally, they went to the soup kitchen for the poor and homeless, organized in Kiev by the nuns of Mother Teresa of Calcutta, conversing with the guests. There was a significant meeting with the Church’s charitable organizations and with the international and local organizations that collaborated in the papal action.

With the “Pope for Ukraine” Project, launched in June 2016, Pope Francis wished to show deep affection and solidarity with all the Ukrainian people, and with those who suffer as a result of the protracted dramatic conditions caused by the war, without any distinction on the basis of religion, confession or ethnicity. The action, entrusted to the supervision of the Dicastery for Promoting Integral Human Development, was carried out on site – through constant collaboration with the apostolic nunciature – by a Technical Committee located in Zhaporizhia for the first year, and by the Technical Secretariat based in Kiev for the following year. The two bodies worked in concert with the Church’s charitable organizations and with the international organizations specifically appointed for the purpose.

The results of the initiative were presented during a press conference at the Interfax agency in Kiev. Over two years, 16 million euros were collected – the result of a collection carried out in all the dioceses of Europe and of a personal donation by the Holy Father – reaching about 900,000 beneficiaries, throughout the area of military operations and neighbouring territories, as well as in areas with the most migrants (Kharkiv, Dnipropetrovsk, Zaporizhia, the region and the city of Kiev).

The funds were used, in particular, for emergency projects in the following sectors: preparation for the winter, which in the country often reaches temperatures close to -25°C (installation of boilers in private and family homes, supply of covers and winter clothes, repair or renovation of houses, educational and health facilities): more than 6 million euros to assist over 107 thousand beneficiaries; health (supply of medicines, organization of mobile clinics, purchase of medical-pharmaceutical equipment): 2.5 million euros for over 400 thousand beneficiaries; food and hygiene (long-term foods and health products, baby food and hot meals for the poor, hygiene products for newborns and pregnant women): almost 6 million euros to assist 319 thousand people; psycho-social support for post-traumatic stress disorder (activities in rehabilitation facilities, renovation of psychological centres, psychological assistance to children and adults): more than 1 million euros for about 15 thousand beneficiaries.