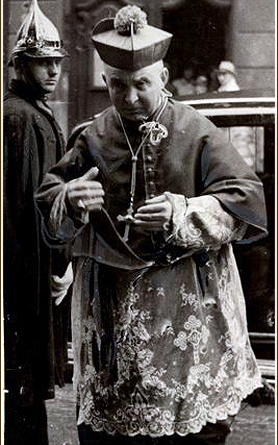 Today we are celebrating the memory of those diplomats who had the moral strength to act against the horror of the Shoah. Among them is enumerated Archbishop Angelo Rotta, Apostolic Nuncio who, during his assignment in Hungary, helped many Jews facing persecution to leave the country or to find secure refuge. In this he acted very similarly to the way followed by his friend and colleague Angelo Giuseppe Roncalli, Apostolic Delegate in Bulgaria and then in Turkey. However, the latter would have had a different future: he was elected Pope and took the name of John XXIII. He is now declared Saint by the Catholic Church. The friendship between the two is witnessed by the fact that John XXIII wanted to create Rotta a Cardinal, however he refused considering himself too old.

These examples help us to better understand several aspects: